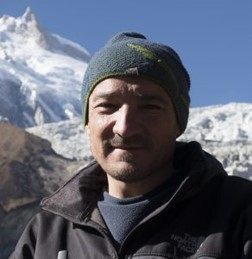 Michael is a specialist in development communication and participatory project facilitation. He made his first trip to Nepal in 1988, and subsequently lived in Nepal for six years, working in social development. He completed his PhD in Nepal working with disadvantaged communities, using ‘participatory film-making’ and ‘theatre for change’ methodologies to support people to have a stronger voice in the discussion of issues affecting them, leading to positive social change.  You can read more about Michael’s work and achievements at his website: https://www.marginalvoices.org/

Fluent in Nepali, Michael continues to work regularly in Nepal, facilitating participatory community projects and making documentary films on social and environmental issues. Following Nepal’s civil unrest, he documented the psychological impacts of conflict on people, and utilised his film to secure two-year funding from Irish Aid to enable a local Nepali NGO to develop trauma support services. This project culminated in a unique ‘Community-based Psychological Trauma and Treatment’ model bespoke for Nepal, but transferable to other communities and contexts around the world. It is being used as a main case-study by Professor Kathleen Hargan, Department of Health and Human Services at Contra Costa College in California.

Michael has also facilitated the use of participatory radio in Nepal, working with a local FM radio station who trained a children’s group, and domestically-abused women, to present their own twelve-week radio phone-in shows, where they discussed the issues affecting them and interviewed key people to raise awareness and promote positive social change. ‘Disability and Development’ is an educational resource developed by Michael and linked to the post-primary school curricula in the UK and Ireland. It consist of seven films, made around the world with children experiencing disability caused by their life situation, including two stories of spinal injury in Nepal with girls falling from terraced fields. A range of lesson plans allow pupils to understand the lives of children around the world and to gain greater awareness of humanity and a broader ‘worldview’.

Recently, Michael spent a year filming the story of Nepal’s working mules, vital to the local economy and people’s livelihoods. The ninety-minute documentary called ‘Khacchad’ begins with the mules’ birth in India, and their subsequent journey to Nepal to work in brick factories and carrying goods into the high himalayas. The film is being used in Nepal, and on the international stage, to promote better legislation and practice to protect the wellbeing of working animals. Other issues that Michael has made films on in Nepal include; Hospice Nepal – pioneering end-of-life care; how Disabled Person’s groups collaborated to ensure the Nepal Government signed and ratified the UN Declaration on the Rights of Persons with Disability; and two films showing a day in the life of child workers. Michael’s films always have a context, be it for the empowerment of marginalised people, for advocacy towards policy change, the sharing of lessons learned that others can adopt, or for use in formal/non-formal education. Michael brings all his past experience to the HANACS which we looks forward to utilise both within Nepal, broader Himalayan region, and internationally.

Michael works with the universities of Belfast, Aberystwyth, and Liverpool.