This part of the HANACS website provides About, Background, and other related information that gives context to the HANACS Vision & Mission (below) purposes and areas of activity and implementation.

The preservation, promotion, and sharing from South Asia to the West of the traditional and contemporary Himalayan & Nepal region arts and culture.

In a combined cosmopolitan and traditional Arts & Cultures world, the HANACS through education about Pan-Himalayan Arts & Cultures to Western audiences (UK, Ireland and beyond) seeks to make a difference on sharing East – West transcultural learning and international Arts communities fellowship. 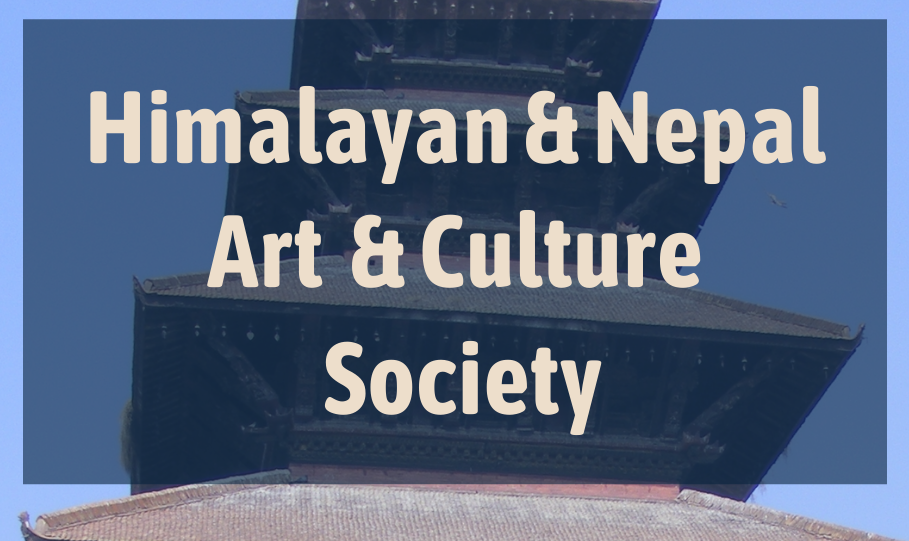 The Himalayan & Nepal Arts & Culture Society (HANACS) originated in the major arts & culture work of the ‘UK Nepal Friendship Society’ from the time of the latter’s inception (details I the HANACS ‘UKNFS Chapter’ below), especially with the 2013 creation of the UKNFS ‘Nepal International Arts Programme’ (NIAP) online information resource and activities in Nepal and the UK.  By ‘Arts and Culture’ we define these terms to include All forms of Art and Culture, traditional AND contemporary across Nepal and the broader Himalayan region.

The Himalayan & Nepal Arts & Culture Society (HANACS) exists to provide an information platform and a network for culture and Arts experts, arts practitioners, and students of arts and culture, those organisations and businesses, and academics with a shared passion for practicing, sharing and working in the field of Himalayan & Nepali Arts and culture.

The HANACS has a direct educational and arts and culture communities outreach and international learning and fellowship purpose for all of the above individuals, groups, and organisations (both Nepali and Northern Indian states [the core geographical and arts & culture zone of HANACS outreach and operation]/broader Himalayan lands [including in India, Uttarakhand, Himachal Pradesh Sikkim, Northern Assam, Arunachal Pradesh, Jammu – Kashmir, also Bihar and Uttar Pradesh], Bhutan, and the extreme outlying regions of the Assam / Szechuan region in the East, and Afghanistan in the West, albeit with main concentration on the central Himalaya and Mahabharat and mid-hills region of Nepal, Northern India, and Bhutan.

The HANACS, just as had the Arts section of the UKNFS in it’s key 2013 – 2014 period through major activity in Nepal particularly, and the UK dimension (including through the major Nepal International Arts Programme [NIAP] at one of SW England’s major Further Education college’s Art & Design Department – involving 250+ arts students – and the UKNFS enabled UK dimension of the Nepal Art Council, Nepal – Britain Bicentenary Exhibition at the NAC Bhawan in KTM) involved major international collaboration of artists in Nepal and the UK, now the HANACS takes this international creative peoples platform & network forward to a unique degree.

At the heart of the HANACS mission is an awareness of the golden threads of arts and culture at the heart of the story of humanity & humankind.  As such in our transcultural education and learning activity remit we value and note the phenomenon of the interlinking of arts & culture spread, development, evolution with that of human migration.

We believe this theme provides a particularly important area for the development of artistic endeavour, transcultural learning through arts and culture, international friendships and fellowship, and Arts & Culture related business and tourism, of kinds as relevant in the Northern/Himalayan region of South Asia, as in the West (such as but not limited to the UK and Ireland).

In the period referred to the origins of the HANACS through the then UKNFS NIAP also involved the auspicious start of the relationship with Kathmandu’s foremost contemporary arts centre, the Bikalpa Arts Center, under it’s lead Mr Saroj Mahato, through a series of meetings at the BAC with Saroj, and UKNFS and NIAP Lead Alan Mercel-Sanca, in conjunction with Mr Deepak Tamrakar, lead support officer of the UKNFS Arts Programme/NIAP to Alan.

As a result of these meetings (the UKNFS was also delighted to have supported in some measure, through fundraising in the UK, aspects of the rebuilding of the BAC after the 25th August maha bhukamp/earthquake of 25th April 2015) introductions were made to the two most renowned UK-based Nepali painters, Mr Govinda Sah ‘Azad’ and Mr Subash Thebe.

In parallel to these developments, Alan Mercel-Sanca with coordination support from Deepak Tamrakar, and with introduction assistance provided by Mr Basanta Adhikari, the original UKNFS Nepal chapter lead, had a series of meetings with the professors and internationally renowned artists and musicians – including particularly Mrs Sita Maiya Rajchal: world renowned Sitar expert and a World Book of Records holder – at the famous Lalit Kala Arts Campus (Tribhuvan University’s Arts College/Campus).

The UK, Ireland, and Malta are the primary Western European outreach zones of the HANACS, but with secondary outreach zones to other English language speaking countries globally, and the non-English speaking component states of the EU.

International arts organisations, artists (of all art forms), and academic institutions [universities and colleges] with interest in communicating about, community organisations that focus on arts and crafts, furthering, and promoting knowledge about Himalayan & Nepali Arts & Culture to the West

The HANACS will also have a transcultural knowledge sharing purpose: the sharing of common Eastern (Himalayan & Nepali) and Western perspectives in the domains of the Arts and Culture, and knowledge about differences in the latter.

a) useful links and events and organisations listings, and

b) articles and online educational resources.

Of the latter the greatest of these include under the UKNFS period of 2012 to 2022, the 2013 initiated ‘Nepal International Arts Programme’ (NIAP: www.creativenepal.co.uk) resource and the arts & culture sections of the 2021 ‘Nepali Cultural Heritage’ website (https://nepaliculturalheritage.com/), and the ‘Foods of Nepal’ website (https://foodsofnepal.com/).

The HANACS will also be a platform and resource for encouraging the development of high quality arts & culture, spiritual & health & wellbeing tourism across the pan-Himalayan & Nepal region, and a stimulus for academic exchanges and research. It will also be supportive to gastronomic tourism across the region, and encourage greater global profiling in the West of the region’s cuisines, especially authentic traditional & contemporary home cookery.